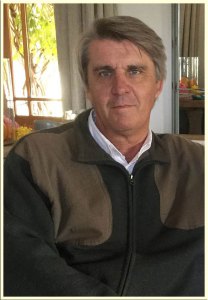 About the Publisher – Hannes Wessels

A 14th generation white African, Hannes Wessels was born in 1956 in what was then Salisbury in Southern Rhodesia (now Harare, Zimbabwe) but grew up in Umtali on the Mozambique border. As a young boy, school holidays were spent with Rangers in the Rhodesia Game department but time in his early teens on safari in Mozambique with the late Wally Johnson were a big influence. During this time Wessels met Robert Ruark whose love of Africa, its people, politics and the written word left a lasting impression.

After leaving school, he saw action in the bush- war waged against the forces of Robert Mugabe’s Patriotic Front before acquiring a law degree which he chose not to use. He hunted big game professionally in Zimbabwe, Zambia and Tanzania in a twenty-year career. In 1994 he was severely gored by a wounded buffalo which almost cost him his life.

He has published ‘Strange Tales from Africa’ in America which is a collection of stories about people and places encountered by him in the course of his hunting days. His biography of PK van der Byl (former Rhodesian Defence Minister) includes a revised history of the Rhodesian political imbroglio. His two books about the Rhodesian SAS titled ‘A Handful of Hard Men’ and “We Dared to Win’ have been well received at home and abroad. He has recently published ‘The 15th Club’ which he co-wrote with former world number one golfer, Nick Price.

He is married to Mandy and has two daughters; Hope 18 and Jana 15 and lives in Darling in the Cape Province of South Africa. While no longer directly involved in hunting he retains business interests in this sector and remains keenly interested in all matters relating to African wildlife and conservation. 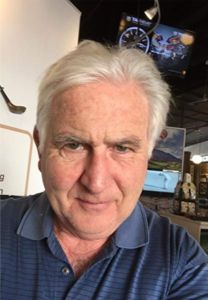 About the Publisher – Barry Cohen

Barry earned his law degree from the University of Cape Town 1979 before being involved in the music and video industry in Australia and New Zealand.

He was CEO of the Cancer Association of South Africa (CANSA), before building and operating the Southern Africa Golf Hall of Fame and Museum.

Recipient of a number of awards, he is a former scratch handicap golfer, artist, yachtsman, and published author. 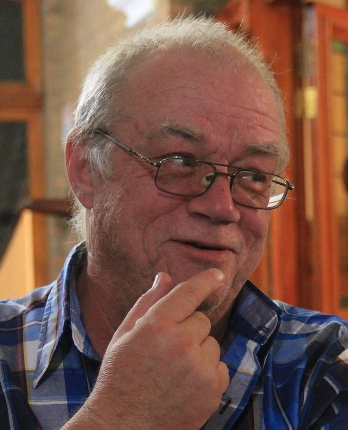 About the Editor – Steve Lunderstedt

While working for The Umtali Post as a printer, fought in the Rhodesian war 1975 with the Rhodesia Regiment, and from 1977 with Q Cars 4 RR, in 1978 becoming B Troop Special Forces. His father Howard was killed during the war while serving with 4th (Manicaland) Battalion Rhodesia Regiment. Steve transferred within the Argus Group to the Diamond Fields Advertiser in Kimberley, which is where he has lived since June 1980.

Steve does all his own research work and writing and sees the book through the entire design layout and print process to the bookshelves.